Do you want to know the difference between Aadhaar and E-Aadhaar Card? Then you are in the right place.

Often one may get into confusion regarding the difference between the two, and this is normal because both of these are the two sides of the same coin.

But First, we will talk about the similarities between the two-

1. Both Aadhaar and E-Aadhar are valid, and you can use any of these to avail some service.

2. Both of them store your 12 Digits UID number.

3. Both of them have your address and other essential data.

You may now be confused and thinking “Everything is the same then what is the difference?”

Now let’s talk about what is the difference between both of them.

1. You see Aadhaar is a physical card which you can hold and take it everywhere, this might look a little handy, but it also increases the chances of misplacing your physical card.

But your E-Aadhaar as the name symbolizes is an Electronic card which means you can store the downloaded file in your Mobile, PC, Laptop or other portable devices. Moreover, your downloaded file will be password protected which only you will know.

So with the first point, it is clear that your Electronic UID has more of portability and thus you can carry it everywhere, for instance, your work, airport, etc. without having to worry about misplacing.

2. I will explain the second point with a little illustration.

Suppose you are going somewhere where you need your Aadhar card as an entry checkup and you are going there for very important work. Now while getting out of the Taxi, your UID card got a slip from your Pocket and fell in that taxi.

In this situation when you don’t have your card, you will not be allowed to surpass the Entry checkup because you have no aadhar.

But suppose if you have an e-aadhar downloaded on your phone then you can directly go there are show them you downloaded file and boom, You got the access. It tells that e-aadhaar has more flexibility than simply one.

3. Let’s say that you moved to a new address or you got a new sim or a new email and you update the details on your Aadhaar card. After the update is done, UIDAI will not send you a new UID Card.

Which means that you have to use your old Aadhar, but with the help of e-aadhar you can download your new and updated card and use it for any service you want.

4. The fourth and last point is Saving of Time – If you UID card ever got lost, then you can order an Order Aadhaar Reprint by which UIDAI will send you a new card, but you have to pay them 50 Rupees for their service.

You can afford the price, but you may not be able to afford the time it takes, which is more than five days. Let’s say you need your Aadhaar for some important work.

In this situation, you can simply download your e-aadhar and print it from the nearest Enrolment Centre or some cybercafe shop.

In this article, I talked about the Difference between an Aadhaar and e-aadhaar card in an easy to understand language. If you like this article, then don’t forget to share it with your friends and family. For any query do comment below. 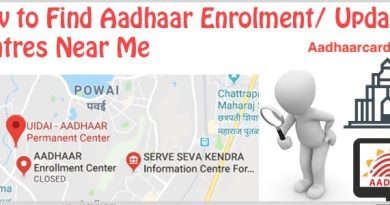 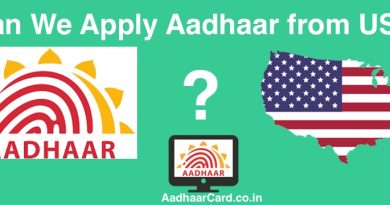 How to Apply for Aadhar from Centres in USA – Can we Apply from USA? 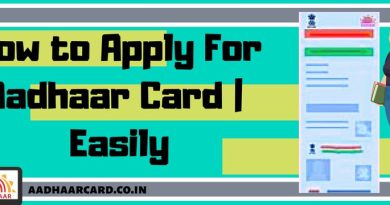 How to Apply for Aadhaar Card Easily [Updated] | Register For Aadhar