Do you want to know What is unique and private in Aadhar card barcode?

If yes, then you are in the right place.

In this tutorial, you will know all about Aadhar card barcode.

Aadhar barcode is itself a unique and private thing, it adds an extra layer of security into your Aadhaar card.

Aadhar barcode or Aadhaar Quick Response codes is an optical, machine-readable representation of square dots neatly arranged in a square grid on a white background on your Aadhaar.

Aadhaar Barcodes or Aadhaar QR (Quick Response) code are applied to your Aadhaar card as a means of quick identification.

Aadhaar barcode is a simple way to present demographic information of Aadhaar card holder in a form that the only computer can read and it cannot be changed.

Every E Aadhaar masked letter has its unique barcode which contains demographic details of its user but also hides the unique identification number (Aadhaar number.)

When we apply for the Aadhar card our demographic information like name, date of birth, father name, address and our biometrics information like fingerprint and Iris of eyes also scanned over there.

As we know that fraudster can change the photo which is a printed on the aadhar card by photoshop but the retina code and a fingerprint are always different to the person by person.

But as UIDAI allows the Barcode on Aadhaar letter that makes the Aadhaar card highly secure.

A fingerprint is taken or all the fingers of the hand by biometric fingerprint and as the same for retina scanner we use bio enable iris scanner. There are not any side effects of these tools if we go for this one.

5 things to know about using QR/Bar codes for Aadhaar authentication:

1. Every e-Aadhaar letter contains two QR -Bar codes containing all demographic details of the holder. The UIDAI has recently replaced the existing Barcode with a new and more secured Barcode which also has the photograph of the Aadhaar holder.

2. The Aadhar Bar-QR codes are secured, tamper-proof and signed with the UIDAI digital signature.

3. For authentication, you will have to take a print out of your e-Aadhaar card using a LaserJet printer and then present it to service provider or agency doing the offline e-KYC.

5. Such an offline authentication doesn’t endanger the individual’s privacy as the Aadhaar card number is not shared in the process with any third party.

6. Only details like name, address, date of birth, gender and photo is available from the QR codes.

7. The UIDAI says banks or authentication agencies can use this facility for offline verification of the data in e-Aadhaar.

A. Till now there is no such platform to scan my Aadhaar QR code online and

Q. IS there is aadhar card QR code generator online?

A. Aadhaar barcode can be generated through masked Aadhar card download. 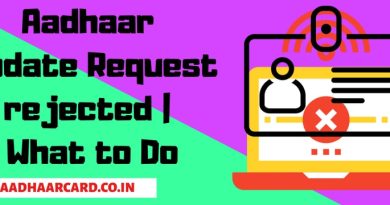 Why Aadhaar Update Request rejected | What to Do? 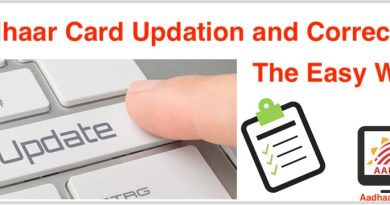 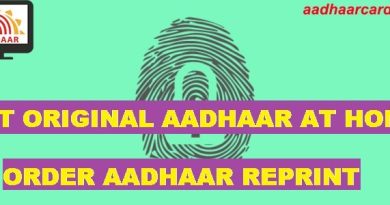