Do you want to Know How to Deactivate or Delete the Aadhaar Card after the death of a person? Then you are in the right place.

Misuse of Aadhaar card is one of the hot topics in Aadhaar where people like thieves etc. use somebody’s aadhar for their benefit.

The probability of Aadhaar misuse increases after the death of the person as the demised person Aadhar Number can be used by misusers in a wrong way.

To Stop the Misuse, it is essential to Deactivate/Delete the Aadhaar Number of the Deceased Person. But How?

Earlier in 2016, an Official from UIDAI said that the family of the deceased person needs to inform the UIDAI or the GHMC to get the Aadhaar card invalidated. Unless this is done, the card will not be canceled. The cancellation is done by the Central wing and not the regional office.

However, Aadhaar cards that have been made with wrong credentials are canceled at the regional office.

But According to the latest news, UIDAI do not have any process or system to delete or Deactivate the Aadhaar Card of a demised person.

UIDAI believes that since Aadhaar card is a Unique number, and the people have to provide their Biometrics for authentication, therefore it is very secure, and there is no need for any process of Deactivating or deleting the aadhar.

It means that the Information and Biometrics Data of the demised person will be kept in Aadhaar Database until UIDAI roll out a new process of Deactivating the Card.

But Is it safe to Keep the Aadhaar of demised person Active?

The simple answer to this question is “NO,” as the Superintendent of Police of CID, U. Ram Mohan said –

“Aadhaar details can help crooks open bank accounts, which can be used for money laundering. To open a bank account, an Aadhaar card is a must. Criminals may look to get their hands on the Aadhaar details of other individuals, particularly those who are dead, to open accounts and deposit cash.”

When asked about OTP for the opening of bank Account, he said that Getting OTP by thieves is an easier task as they use a simple trick to get the OTP.

“The fraudster reaches out to the cardholder and says that he will have to share the OTP to close the bank account. He then uses the OTP to activate the account.”

What can you do to protect the misuse?

There are several things that you can do to protect the misuse to some extent, so let’s begin.

1. Lock the Biometrics of the Demised Person from mAadhaar App or UIDAI official site.

2. Be careful of any fraudulent calls from the people claiming that they have to close the Bank account or claim the insurance and need OTP or any other thing.

3. Do not give the Aadhaar Details to anyone.

4. Make sure to protect the SIM Card connected to the Aadhaar card as it is the primary key to the protection of Misuse. If that SIM Card is found by fraudulent, then the protection is already gone.

5. Talk with UIDAI via Phone or Email about the demise and ask the procedure you must follow.

Q. What is the procedure for a surrender of an Aadhaar card after death?

A. As of Now, there is no procedure made available by UIDAI to surrender an Aadhaar Card after death, so you need not to follow any procedure. You can talk about the Demise with the UIDAI via Call or Email and ask for Procedure as they may have a process in the future.

Q. Is it mandatory to cancel an Aadhaar card after the death of a person?

A. No, it is not mandatory to cancel, and Aadhaar Card after the death of a person as UIDAI does not have any procedure to Cancel or deactivate the card. But in the future, if UIDAI has an option to cancel it, then it will always be a wise decision to deactivate it.

Q. What is the procedure to deactivate the Aadhaar card of a dead person?

A. There is no procedure to deactivate the Aadhaar Card of a dead person as the UIDAI did not provide any option.

Q. How can we change the date of birth in the Aadhaar card of a dead person? What is the procedure?

A. There is no need to change the date of birth of a demised person, so there is no procedure to do the same.

In this article, I talked about the procedure of Deactivating/Deleting the Aadhaar Card of a dead/ demised person. As UIDAI does not provide any option to do so, therefore, you can not deactivate or delete the card as of now. If you like this article, then do share it with your Family and friends and if you have any query then do comment it below. 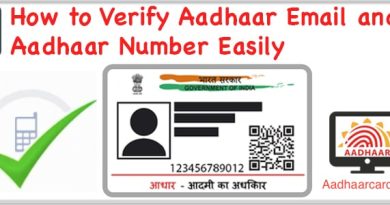 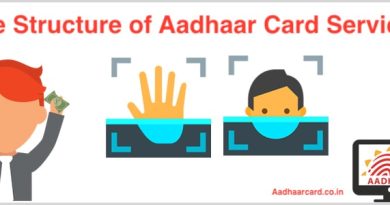 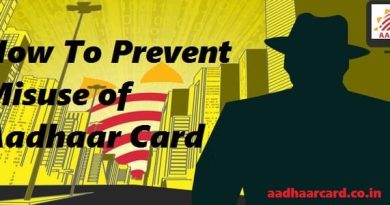 How To Prevent Misuse of Aadhaar Card / Prevent Aadhaar Fraud